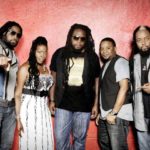 While some Kenyans have vowed they’ll not sign up for a Huduma number, it seems some foreigners are ready to go and registers. Kenyans were recently surprised by an unexpected message from Grammy-winning reggae group Morgan Heritage, who urged Kenyans to go and register for controversial Huduma number. The group, which moved to Kenya and even promised to buy land around Naivasha a few months ago, said the number has it’s own purpose. The group has stayed in Kenya for several years now and many wanted to know whether they register for the number. “If I will be allowed to register for I will definitely do it,” Mojo, one of the members, said during the launch of Tomorrow Leaders Festival. “Back home, your name does not mean anything because we may find ten people in a city with the exact name living and was born in the same city as yours. A number called social security number is what identifies you as a citizen.” Beautiful country Peter asked Kenyans not to be afraid of the number saying the government is trying to make things better since Kenya is a very beautiful country. “We consider Kenya as one of the warmest places in the world that we would want to live in. Mojo has not left ken ya since December last year and the fruit of what he has been doing here on behalf of the Morgan heritage foundation is the concert,” he said.

The post Jamaican musicians Morgan Heritage surprise Kenyans by asking them to get Huduma number appeared first on Ghafla! Kenya.

2019-05-21
Previous Post: ‘Wakenya watanimaliza!’ Eric Omondi on breakup rumours with Chantal
Next Post: Diamond, joined by Rayvanny warn young man who claims Tanasha was her baby but Diamond ‘stole’ her